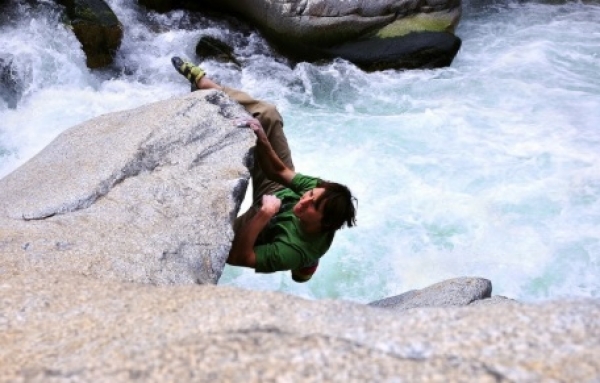 Klemen Becan will be joining us at Kalymnos Climbing Festival 2018, for the second year in a row, participating in new activities. Stay tuned!

At age 7 Klemen tried to climb for the first time and since then all he wanted to do was to climb. Soon he joined the competition group and started to train more seriously and with age 14 he started with international competitions on the Slovenian Youth team. He had many good results and at age 15 he became world youth champion. In the big competitions it was a little harder and he had to fight from the back of the rankings and in the year 2008 he finally got to the top of the podium on World cup competition in Kranj, Slovenia. In bouldering World cups he got two second places in year 2009.

More important for him than competitions was always rock climbing outside and he spends as much time as possible in nature. On sight is his favorite thing and in 2004 he did his 1st 8b+ on sight. Many other hard routes followed with the hardest one Siempre se Puede Hacer Menos (https://vimeo.com/117570995) where he did on sight first ascent graded first 8c+ and later downgraded to “only” 8c after finding easier way out at the top. Klemen doesn’t like to spend much time working the routes but he still managed to do some 9a’s with the hardest one being Water World in Osp (http://kbecan.blogspot.com/2014/03/big-project-osp.html) where he had to approach with the kayak or later on Tyrolean traverse. At the moment he’s putting a lot of energy into bolting new routes all over the world and of course climbing them after.