After careful consultation regarding the interest of public health and safety, the Municipal Tourism Committee of Kalymnos has unanimously decided to cancel the "Kalymnos Climbing Festival 2020".

Hazel Findlay will be making a presentation during this year's festival.

Hazel Findlay has been climbing for 20 of her 26 years, and started out trad climbing on the limestone sea cliffs of Pembrokeshire. She dabbled in competition climbing - she was the British junior champion six times - but at 16 decided to give it up to focus on climbing on rock, especially trad climbing which is her main passion. Hazel has been a full time climber for the last four years, which has allowed her to travel all over the world climbing interesting pieces of rock.

Hazel was the first British woman to climb a trad route at E9, and free El Capitan in Yosemite, which she has now done three times. Hazel has also red pointed 8c and onsighted many 8as, loves all types of climbing from bouldering to alpine climbing and is especially interested in the mental challenge that climbing evokes. 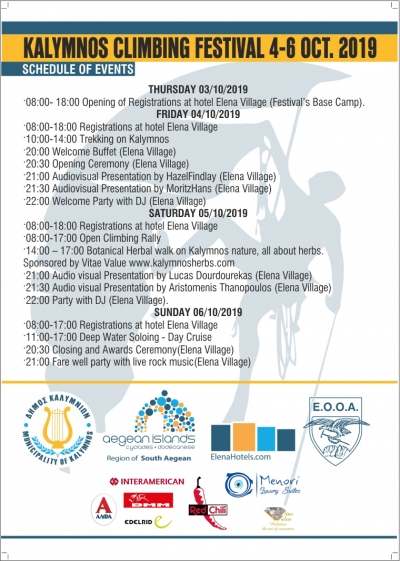 Moritz Hans will be joining us at Kalymnos Climbing Festival 2019 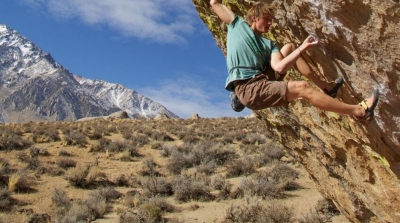 Moritz Hans, a famous climber, will be joining us at Kalymnos Climbing Festival 2019.

Red Chili Young Gun Moritz Hans (born 1996) always stood on the winner's podium at the Kids Cups until, finally in 2008, he was allowed to play with the big guys and made it to 3. place in the ranking list.

He also shows what he can do on rock: he flashed an 8a during a Red Chili foto shoot in Cinque Torri. 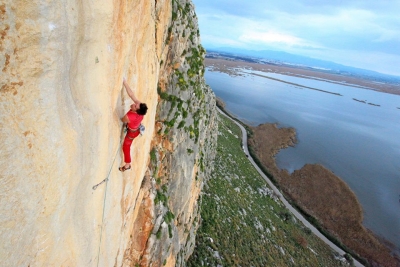 Aristomenis Thanopoulos, one of the best Greek climbers, has confirmed he will be participating at this year's festival. He'll be making a presentation titled "Deep Water Soloing explorations across the Greek coastline".

In 1996 and 1997 he accomplishes the 1st repeats of the hardest routes in Greece at the time, ‘Koralli’ (8a/8a+) and “Seirina” 8b, while in 2003 and 2004 he pushes further the limits of free climbing in the country to 8b+ (“Theia Diki”) and 8c (“Pteranodous”) respectively. Notoriously passionate about on-sight climbing, he is the 1st Greek to have on-sighted every grade from 7b or 7b+ till 8a, mostly during trips to the most important European crags, such as Arco, Tarn, Ceuse, Rodellar, etc. He won numerous national competitions and participated 6 times in the World Cup. He has put up about 200 new routes in Greece, mainly around Patras, mostly bolted, some natural, and a few hard multipitch routes in the Greek mountains. He has also climbed extensively in the Dolomites, where some of his most important ascents include the one-day red point of “AKUT” (8a, 500m) and the on-sighting of “via Calispera” (7c+/8a, 200m) and “Sognando Aurora” (7b+, 600m). During the last decade he has explored a significant part of the Greek coastline for the purpose of Deep Water Soloing, where he has climbed numerous new lines and some very long traverses up to 800m with difficulties up to 8a. The description of these explorations will be the main objective of his presentation during the Kalymnos International Festival 2019.

Aristomenis Thanopoulos holds a PhD in Electrical & Computer Engineering and is usually occupied, when not climbing, as an adjunct Professor in Technological Educational Institutes and in Institutes of Vocational Training.

Loukas Dourdourekas will be joining us at Kalymnos Climbing Festival 2019

Loukas Dourdourekas, one of the best Greek climbers, will be making a presentation and participating in our activities, during this year's festival. Don't miss it!

Loukas is originally from Levadia but he has been living and working on Kalymnos for several years and is one of the most renowned top climbers in Greece.

He’s been participating in the Greek National Competitions since a very young age, always placing in the top three. His love and passion for rock climbing lead him to ascends in Mounts Olympus, Parnasos and Giona, the tallest in Greece, but also Mont Blanc, as well as various ranges in Spain, Italy, France and Thailand. At 22, he won the Greek Cup and joined the National Climbing Team in the World Climbing Championships.

He is a certified climbing trainer and climbing instructor, owner of an indoor climbing gym that introduces the locals to the world of climbing and trains climbers to improve both their skills and performance alike. His major accomplishment was in 2015 in Kalymnos, when he sent Insallah (sector North Cape), the first 8c+ climbed by a Greek.

He has successfully climbed sport routes up to 8c (5.14b) and boulder problems up to 8a+ and (V13), which are among the most difficult climbs / boulders ever accomplished by a Greek climber. Presently, Lucas is being sponsored by some of the top international, climbing companies including: Wild Country (U.K.), Sterling Rope(U.S.A.), Moonclimbing (U.K.) and Red Chili (DE). He will meet you at his natural habitat, the crags!

Published in Climbing Festival
Tagged under
Be the first to comment!
Read more...
Wednesday, 17 October 2018 05:54

We 've started posting photos of Kalymnos Climbing Festival 2018. You can see them on our official facebook page https://www.facebook.com/kalymnosinternationalclimbingfestival/

Information about the climbing rally

Press here to read information about the climbing rally.

Published in Climbing Festival
Be the first to comment!
Read more...

Alex Johnson is a professional climber representing Evolv at the Kalymnos Climbing Festival and is the head coach at Vertical Endeavors climbing gym in Minneapolis, MN. She's been climbing for twenty years, has two Bouldering World Cup gold medals, has been a National Champion in all three disciplines; Bouldering, Sport, and Speed, and spent sixteen years on the US Climbing Team. Along with a decorated competitive career, Alex has put up first ascents around the Southwest, and claimed dozens of first female ascents on climbs ranging from V10 to V13.

At age 7 Klemen tried to climb for the first time and since then all he wanted to do was to climb. Soon he joined the competition group and started to train more seriously and with age 14 he started with international competitions on the Slovenian Youth team. He had many good results and at age 15 he became world youth champion. In the big competitions it was a little harder and he had to fight from the back of the rankings and in the year 2008 he finally got to the top of the podium on World cup competition in Kranj, Slovenia. In bouldering World cups he got two second places in year 2009.

More important for him than competitions was always rock climbing outside and he spends as much time as possible in nature. On sight is his favorite thing and in 2004 he did his 1st 8b+ on sight. Many other hard routes followed with the hardest one Siempre se Puede Hacer Menos (https://vimeo.com/117570995) where he did on sight first ascent graded first 8c+ and later downgraded to “only” 8c after finding easier way out at the top. Klemen doesn’t like to spend much time working the routes but he still managed to do some 9a’s with the hardest one being Water World in Osp (http://kbecan.blogspot.com/2014/03/big-project-osp.html) where he had to approach with the kayak or later on Tyrolean traverse. At the moment he’s putting a lot of energy into bolting new routes all over the world and of course climbing them after. 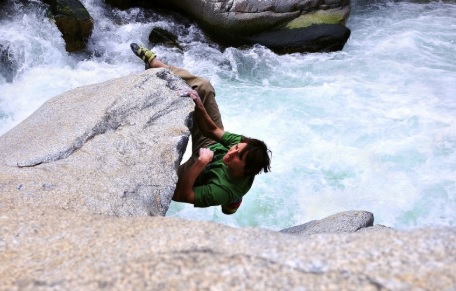 First solo of Astroman and the Rostrum in 1987

First free ascent of the Moonlight Buttress in Zion 1992

First ascent of the Evolution Traverse in high Sierra 1999 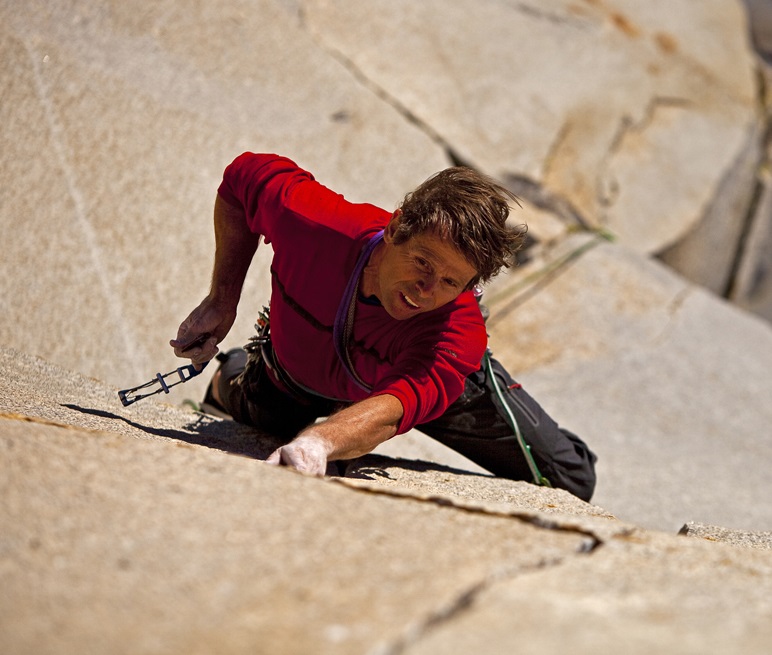 A versatile guitarist musician in all music genres allowing him to have a career in Athens playing as a session guitarist in all music genres,from being a hired gun next to the stars of Greek pop music scene to being a leader in bands playing from rock to the most progressive fusion styles,he appeared several times in national TV and contributed in many recording sessions, he has also won an international guitar competition as a youngster. He played near 700 shows in his career

Bree Sharp (born December 17, 1975)[1] is an American singer and songwriter influenced by rock, pop, and folk. As of the 2010s, she is the lead vocalist of the electropop band Beautiful Small Machines.

Published in Climbing Festival
Be the first to comment!
Read more...
Page 1 of 4
BIGtheme.net Joomla 3.3 Templates
"The search for climbing paradise ends at the greek isle of Kalymnos"
Rock and Ice (Feb 2001)